JOIN THE 2022 FELLOWS ON THEIR JOURNEY IN THE DTU METAVERSE.

Now published by Denise Rolark Barnes, The Washington Informer Newspaper Co. Inc. is a multimedia organization founded in 1964, by her father Dr. Calvin Rolark, to highlight positive images of African Americans. For more than 50 years, The Informer has continued to report positive news that strives to EDUCATE, EMPOWER, and INFORM.

“My father wanted a newspaper that would challenge institutions that would not open their doors of opportunities to blacks, including the local media.” Rolark Barnes said.

The Atlanta Voice newspaper was founded by J. Lowell Ware in 1966 with a defined vision and mission which has been the publication’s motto and driving force ever since: “A People Without A Voice Cannot Be Heard.”

The award-winning publication was born out of the refusal of the white-owned majority Atlanta media to give fair and credible coverage to the burgeoning Civil Rights Movement. It was effectively and uniquely spearheaded by the legendary, and politically powerful, J. Lowell Ware, who when he died at age 63, had been responsible for publishing seven newspapers throughout the state of Georgia.

“The paper was started out of the Movement,” reports his daughter and current Atlanta Voice Publisher, Janis Ware, a dynamic and charismatic housing expert, businesswoman and community activist, who assumed the role and responsibility for fulfilling her father’s vision. Under her leadership, The Atlanta Voice continues to be the unchallenged leader and the foremost provider of news and pertinent information to Atlanta’s African American community.

The Citizen was founded in 1965 by the late Illinois Congressman Augustus Alexander ” Gus” Savage, during the height of the Civil Rights era and yet on the helm of the passing of the Voter Rights Act. Through three newspapers including the Chatham Citizen, South End Citizen and Weekend Citizen, the Citizen Newspaper chain quickly became the voice for the Black community, telling the stories of many from the Westside to the South side and throughout neighborhoods in Chicago. Moving forward, in the late “80’s” under the leadership of William Garth, Sr., who purchased the newspaper chain from Savage, the Citizen added the Hyde Park and South Suburban Citizen Newspapers, making it the largest Black-owned chain of audited weeklies in the Midwest with a circulation of 121,000 and a readership over 400,000. The Citizen Newspapers can be found weekly whether rain, snow, sleet or shine at local grocery stores, churches, libraries, schools and even on your doorstep. For over 52 years, the Citizen has stood committed to informing, challenging and contributing to the growth of its community. We are a trusted and reliable news source earning us the right to be called the “Eyes and Ears” of the community.

The Houston Forward Times was founded in January 1960, under the leadership of the late founder and publisher, Julius P. Carter.  Lenora “Doll” Carter was the wife and successor of Julius P. Carter. In 1971, at the tender age of 29, she became the CEO, managing editor and publisher of the Forward Times, until her untimely passing in 2010. Today, their daughter, Karen Carter Richards serves as CEO and Publisher of the Houston Forward Times, which serves as the South’s largest Black-owned and independently published newspaper.

Karen has creatively expanded the mission of the Houston Forward Times and has continued her family’s publishing legacy to ensure that it remains the strongest information vehicle and most trusted voice for African Americans in the city of Houston and throughout the southern region.  The Houston Forward Times is also a paid circulation that is distributed throughout the Greater Houston area, as well as a subscriber-based publication that is unmatched by any other community-based newspapers in the region.

The Houston Forward Times has been the recipient of various local and national awards for journalistic and digital excellence, including best graphic designs, layout, and editorial excellence.

The Dallas Examiner is the leading African American Newspaper in the Dallas/Fort Worth area. We have been the voice of the Black community since 1986. Our weekly newspaper features an in depth look at issues that affect you and your community.

The Dallas Examiner distributes a new issue every Thursday – 52 weeks/year.

In 1989, Robert W. Bogle became president of The Philadelphia Tribune, after serving as executive vice president, treasurer and director of marketing and advertising.

Bogle has led the paper through another series of well-timed expansions: the launches of the Sunday Tribune (making the Tribune a five-day publication), Tribune Magazine, and phillytrib.com. In keeping with the major issues of the times, The Philadelphia Tribune has introduced annual special editions dedicated to Martin Luther King Jr., Black History Month and The Yearbook (featuring high school graduates).

The Philadelphia Tribune is Greater Philadelphia’s daily audited newspaper whose mission is “to provide timely and compelling news that is informative and relevant to the African-American experience.”

Through it all, the Tribune has amassed hundreds of awards for writing, photography, and significantly, public service. The recognition ranges from The A. Phillip Randolph Messenger Award for Outstanding Journalism in the area of civil rights to the “Russward Award” for Best Newspaper in America. 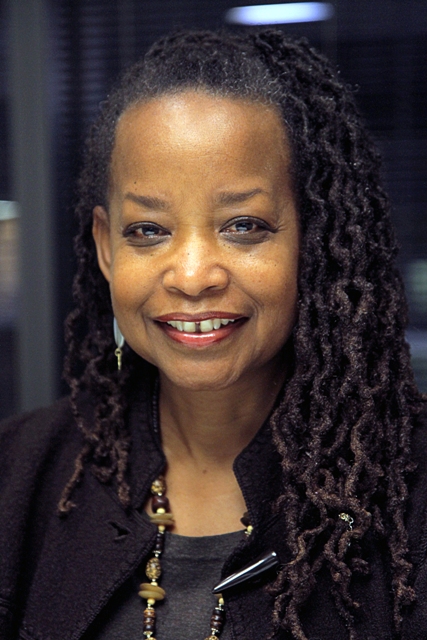 The Washington Informer team is excited to be a part of the GM Chevrolet-NNPA Discover the Unexpected Journalism Program. We also view it as a privilege to work with students attending the historic Howard University in Washington, DC, America’s coolest city. The DTU program will provide interns with valuable work experience and a memorable opportunity to creatively tell untold stories through The Washington Informer. We extend our deep appreciation to General Motors and NNPA for including us. 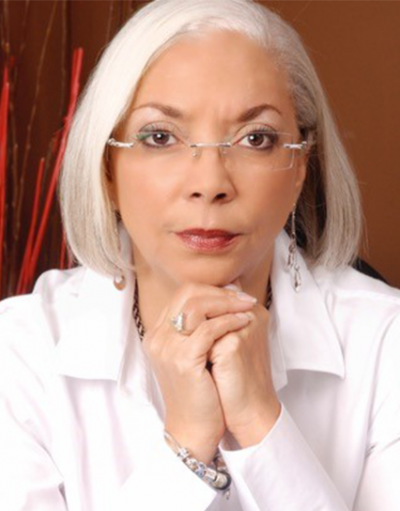 I am excited that the Atlanta market and The Atlanta Voice specifically was selected by General Motors to participate in the Discover the Unexpected campaign. The DTU/NNPA Fellows Program is unique because it allows students an opportunity to experience first hand the field of journalism as it exists while providing an opportunity for the publishers to understand how best to communicate and relate to that generation. 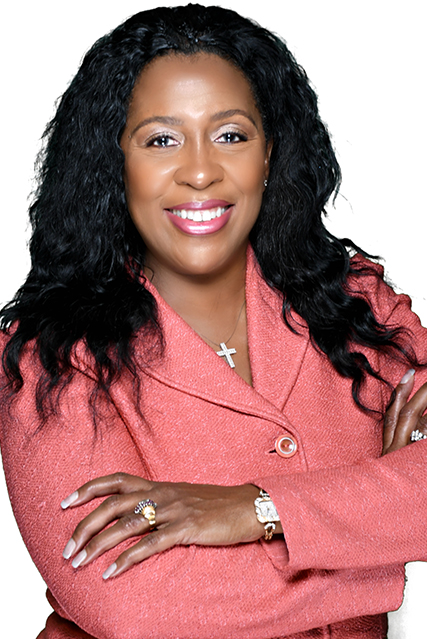 The Houston Forward Times is extremely honored to have been selected by General Motors to be a part of their exciting Discover the Unexpected campaign, where we get the opportunity to work with students who have an interest in telling our stories and impacting our community.  Houston is an extremely unique city, full of diversity from all walks of life, and we are looking forward to working with the interns who will be a part of the Discover the Unexpected NNPA Fellowship program and providing them with rewarding work experience in the area of journalism. Once again, we thank General Motors for choosing the Houston Forward Times and other NNPA publishers to be a part of this outstanding program. 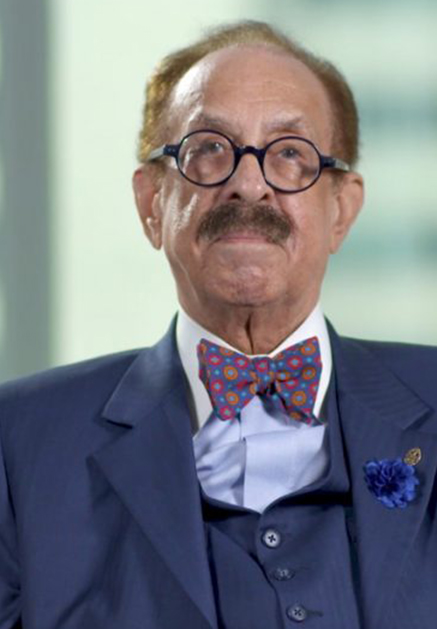 PUBLISHER OF THE PHILADELPHIA TRIBUNE

In 1989, Robert W. Bogle became president of the Tribune, after serving as executive vice president, treasurer and director of marketing and advertising. Bogle has led the paper through another series of well-timed expansions: the launches of the Sunday Tribune (making the Tribune a five-day publication), Tribune Magazine, and phillytrib.com. In keeping with the major issues of the times, The Philadelphia Tribune has introduced annual special editions dedicated to Martin Luther King Jr., Black History Month and The Yearbook (featuring high school graduates). 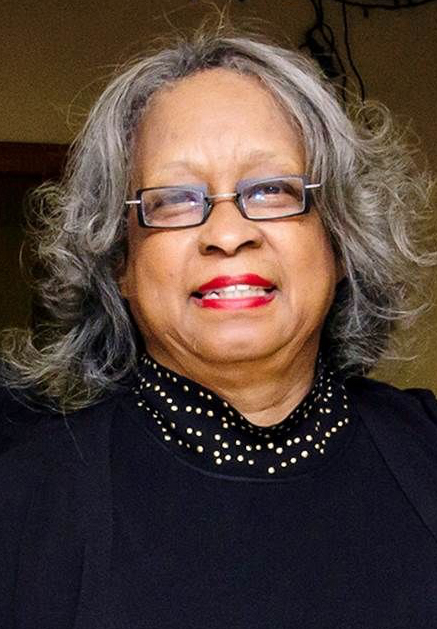 PUBLISHER OF THE DALLAS EXAMINER

INewspaper CEO and publisher Mollie Finch-Belt was born on August 7, 1943 in Dallas, Texas. Finch-Belt’s mother, Mildred, was a mathematics instructor; her father, Fred J. Finch, Jr., founded the Dallas Examiner in 1986. But after publishing only one issue, Belt’s mother and father were murdered in their home. In 1961, Finch-Belt graduated from Lincoln High School in Dallas, Texas. After briefly attending Spelman College, she enrolled at the University of Denver where she graduated with her B.A. degree in sociology and psychology in 1965. 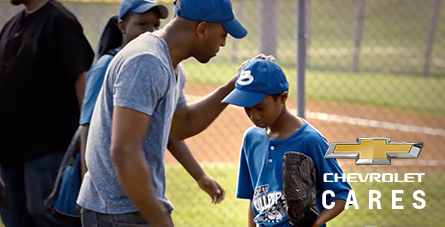 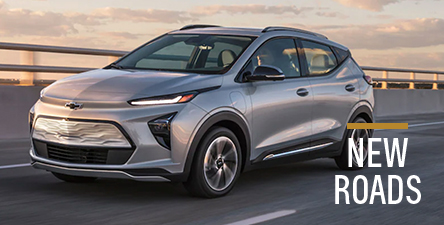 EXPLORE NEW ROADS WITH US

New Roads is devoted to those who want to discover more. Read stories of newly revealed vehicles, technology how-tos and Chevy owner profiles.